There are creative endeavours, film projects, theatre productions, mythological examinations, transmedia experiences, works that offer psychological insights, part of or particles of sand in the shell of the zeitgeist that grow into pearls. FoolishPeople are on a path with Strange Factories that encompasses all of the above, but is also so much more. Strange Factories is something to which anyone who appreciates the pushing of artistic boundaries in film and art has to pay attention.


We are not in the most critical need of another entertainment product in our mediated age, and life-changing and challenging encounters with art has to bring us beyond the marketer-colonized world of transmedia. You are invited into the world of Strange Factories, a place in which you will confront your own self in the most real terms.

A writer, haunted by an idea for a new story hunts for four refugee performers of a theatre destroyed in a mysterious fire.

He locates his friends in a remote, pagan settlement founded by Stronheim; owner of a Strange Factory hidden deep in the local countryside that emits an infamous Hum.

Victor enters into a dangerous pact when a vow is made to re-build their theatre if the story is completed in time for it to be performed at the village festival, where bizarre rituals are enacted by the Villagers under the influence of a hallucinogenic effluence siphoned out of the Strange Factory.

Victor’s imagination and the fragmented memories of his friends collide in a violent fiction that not everyone can survive.

Strange Factories’ is an immersive feature film; a uniquely powerful and original project that fuses cinema with a dreamlike environment to create an experience like no other.

Principal photography on Strange Factories was completed in Prague and the UK in October 2011 and is currently in post-production with release scheduled for 2012.

It is my great privilege to be part of the FoolishPeople family. Many of you have come to me to tell me how deeply you have been touched by the releases Salon Apocalypse and Necrofuturist. Neither of these albums would have been possible if not for my having been allowed to work on Cirxus, Abattoir Pages, A Red Threatening Sky, The Basement and having been a part of the magickal world of FoolishPeople for the last few years.

Posted by PANICMACHINE at 10:39 AM No comments: 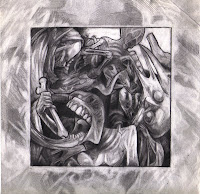 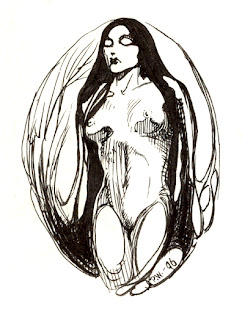 Posted by PANICMACHINE at 5:05 AM No comments:

As long as no Stalin breathes down our necks, why not make some art in the service of... an insurrection?

Never mind if it's "impossible." What else can we hope to attain but the "impossible"? Should we wait for someone else to reveal our true desires?

If art has died, or the audience has withered away, then we find ourselves free of two dead weights. Potentially, everyone is now some kind of artist -- & potentially every audience has regained its innocence, its ability to become the art that it experiences.

Provided we can escape from the museums we carry around inside us, provided we can stop selling ourselves tickets to the galleries in our own skulls, we can begin to contemplate an art which re-creates the goal of the sorcerer: changing the structure of reality by the manipulation of living symbols (in this case, the images we've been "given" by the organizers of this salon -- murder, war, famine, & greed).

We might now contemplate aesthetic actions which possess some of the resonance of terrorism (or "cruelty," as Artaud put it) aimed at the destruction of abstractions rather than people, at liberation rather than power, pleasure rather than profit, joy rather than fear. "Poetic Terrorism."

Our chosen images have the potency of darkness -- but all images are masks, & behind these masks lie energies we can turn toward light & pleasure.

For example, the man who invented aikido was a samurai who became a pacifist & refused to fight for Japanese imperialism. He became a hermit, lived on a mountain sitting under a tree.

One day a former fellow-officer came to visit him & accused him of betrayal, cowardice, etc. The hermit said nothing, but kept on sitting -- & the officer fell into a rage, drew his sword, & struck. Spontaneously the unarmed master disarmed the officer & returned his sword. Again & again the officer tried to kill, using every subtle kata in his repertoire -- but out of his empty mind the hermit each time invented a new way to disarm him.

The officer of course became his first disciple. Later, they learned how to dodge bullets.

We might contemplate some form of metadrama meant to capture a taste of this performance, which gave rise to a wholly new art, a totally non-violent way of fighting -- war without murder, "the sword of life" rather than death.

A conspiracy of artists, anonymous as any mad bombers, but aimed toward an act of gratuitous generosity rather than violence -- at the millennium rather than the apocalypse -- or rather, aimed at a present moment of aesthetic shock in the service of realization & liberation.

Is it possible to create a SECRET THEATER in which both artist & audience have completely disappeared -- only to re-appear on another plane, where life & art have become the same thing, the pure giving of gifts?

We take Kirkegaard's "leap of faith," but absent the old existentialist's Fear & Trembling & Sickness unto death. Our leap of faith into sorcery & secret theater is more like a wet dream than a nightmare, "awe-full", not awful.

Posted by PANICMACHINE at 8:49 AM No comments: