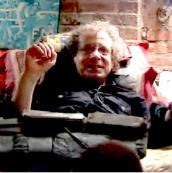 [LISTEN: direct link]
In this special Pilot episode of the new Modern Mythology podcasting series, Rusty Shackleford takes time to have a sit down chat with Howard Bloom. Many of you know Bloom from his books The Lucifer Principle, The Genius of the Beast and The Global Brain, in addition to his interviews and appearances on the Disinformation television series originally produced for the BBC.In this interview, Rusty discusses Howard's role in helping to build relationships between artists such as Prince and Joan Jett and their public, touching upon the role of the artist as a modern day myth maker and the heir apparent of the shaman. Bloom's scientific and biological perspectives are also examined in conversation, particularly in reference towards the cultural myths explored and exposed in his newest book The God Problem. Background music for this episode provided by members of Bradley The Buyer, HoodooEngine, Mankind is Obsolete, and Veil of Thorns. The featured tracks are In The Flesh from HoodooEngine’s album “Murder The World” and Bradley The Buyer’s cover of Prince’s “When Dove’s Cry”

Posted by PANICMACHINE at 2:01 PM